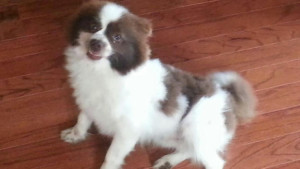 On Thursday night, one of the pit bulls got out of his pen, crawled under a neighbor’s deck and attacked a Pomeranian named Benny.

Eileen Vansach, who lives next door to Puorro, says her husband went out to call Benny in, and the pit bull came out from behind their hot tub with Benny in his mouth.

Springdale woman concerned about neighbor’s dog that mauled hers

SPRINGDALE, Pa. — A Springdale woman told Channel 11 Friday that she’s concerned her loved-ones could be the next ones hurt after her neighbor’s dog attacked and killed her Pomeranian.

“He was the energetic dog, played with my granddaughter. She loved that dog. He was a good dog,” said Vansach.

She said her 7-pound dog named Benny was in a fenced-in portion of his yard Thursday afternoon when her neighbor’s pit bull came through a crawl space below her deck and attacked Benny.

“I guess he grabbed him by the neck, and what happened was when I caught up to him, my dog was sitting next to him,” said Jimmy Puorro, who owns the dog that killed Benny.

Puorro, who owns seven other dogs, said the pit bull knocked down a wooden gate and escaped, but only after the dog was provoked. He said once he realized what happened, he tried to help.