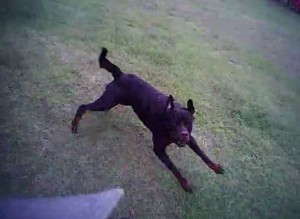 The Pasco County Sheriff’s Office on Thursday released a disturbing bodycam video that recorded a sheriff’s deputy as he shot a charging rottweiler, then shot the dog again at the owner’s request, to kill the 88-pound dog.

It’s an unfortunate situation that angered one animal lover so much, that person phoned the sheriff’s office and threatened an employee’s life.

This disturbing chain of events prompted Pasco County Sheriff Chris Nocco to release the video to show how the deputy tried to protect himself.

The video also shows the angry owner of the dog swearing at the deputy and repeatedly demanding that he shoot the dog again, to kill him. The dog appears not to be gravely injured before he is shot dead.

Nocco said that the deputy, who is a war veteran, was calm and did everything right.

It’s disturbing video that’s sparking outrage today of a Florida cop shooting a dog that he says was about to attack him.

Now the dog’s owner, Carla Gloger, is speaking out, and she’s livid!

The deputy was responding to a burglar alarm report at Gloger’s farm near Tampa. With his body camera running, he jumped the fence and walked up the driveway when two Rottweilers came running. That’s when he pulled out his gun.

“He wasn’t attacking you. I want to see the video,” she said.

The dog, named Cowboy, was badly wounded and Carla Gloger asked the deputy to end his suffering. 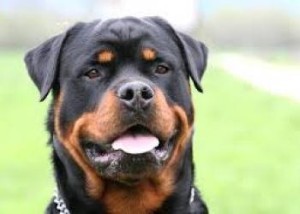