Terrifying moments for a mom and daughter after their family dog turned on them and attacked. It happened in Bethel Thursday afternoon. Jessica Chen talks with the family about their scary ordeal.

BETHEL, N.Y. — The emotions are still raw as Trina Jenkins thinks back to those terrifying moments.

“I see red, it was blood, he was mutilating, like cutting a chicken, she was torn to pieces,” said Jenkins.

Jenkins said it started when she heard screaming coming from the wooded area in their backyard. She said she ran through the wooded area and found her daughter, in a creek, getting mauled by their dog.

“I said he’s killing her, he was literally killing the child in front of me, so that’s when I jumped and I tried to pry his mouth apart,” said Jenkins.

After minutes of struggle, Jenkins said the dog eventually let go of the 5-year-old and started attacking her. 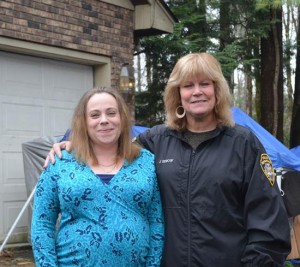 April 17, 2015 — Jamie Fico, who is six months pregnant, received an alarming surprise on the afternoon of April 16. She said, “The neighbor down the road came knocking on the door screaming. She doesn’t speak English very well. I came out to find out what’s going on and she tells me, ‘The dog bites in the woods.’ So now, I’m hearing about a dog bite, I’m pregnant, so I put my daughter in the car and I drive down there,” a short distance away from her Smallwood home.

“Then, the little girl from across the street comes out of the woods covered in blood, wounds all over her, literally from the neck down.” The five-year-old, named Charm, had been attacked by the family dog, a pit bull.

Asked if it was rare for a pit bull to turn on its family, Gerow said, “It’s not something that happens every day, but I will tell you that when these pit bulls go awry it seems that it becomes very significant, the attacks are profound. This is the fourth one that I’ve had involving a pit bull, and I call them maulings, the mom and the daughter were absolutely mauled. The little girl received close to 100 stitches, the mother received over 40. So I am fine with euthanizing this dog, I feel it’s the best thing for everybody, he’s a danger.” 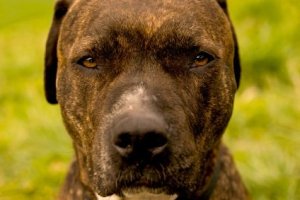