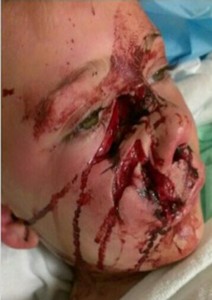 Recently I was invited to be involved in an educational awareness table which was set up in Manchester, Tennessee at an event you were scheduled to attend. As a mother of a child attacked by a family member’s pit-bull, I seize every opportunity to speak with the public about what one bite from a pit-bull looks like, and spread awareness that the breed was NOT bred to look after children while their owners were busy, and that shelter workers/rescue groups  should NOT be misleading potential adopters to believe they are “Nanny Dogs”. This is reckless misinformation that is a contributing factor as to why so many people are dying at the jaws of these dogs.

While in Manchester I was afforded the opportunity to speak with many people, mostly shelter/rescue workers, regarding the breed. I was happy to learn that several of them are well educated about pit-bulls and that we are all on the same page. They understand the strength and many dangers associated with these dogs and realize that they are the most neglected, abused and mistreated dogs for a reason. They don’t deny that pit bulls are responsible for more human deaths than all other dog breeds combined, and agree that this type of dog is stronger and more aggressive than other dogs. These people work tirelessly educating potential adopters PRIOR to placing them in homes and ensure proper containment and handling is in place and understood before consideration. I applaud each and every one of these workers and am proud that they are working hard to make Tennessee a safer place to live. None of us want to see another dog abused, neglected or returned because they didn’t know what they were getting and we certainly don’t want another family to suffer a maiming or death due to lack of proper education.

On the other hand, I met some people who were insistent that pit bulls are the same as any other dog and should be treated as such. One woman went on to say that you, Tia Torres, agree with her wholeheartedly and that she “has proof” to back up her statement. She said “all dogs bite” and we should “watch our children better and get over it already” she screamed at us to “JUST STOP BLAMING THE SWEETEST F’ING DOG IN THE WORLD”. Very hostile and angry behavior. It scares me that THESE shelter/rescue workers are in the position 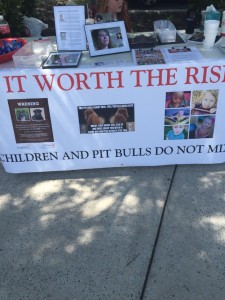 to place these dogs in homes with children, adding to the maiming and death toll that continues to rise annually, right here in my home state.

Ms. Torres, I applaud you for rescuing these dogs from the streets. You are in a unique position to educate the public about the dangers of these dogs and I believe it is your duty as a public figure to ensure the information you are feeding to the public is accurate for the safety of loved ones everywhere as well as your favorite breed of dog. I have read detailed information you have written about the breed where you agree the dog is bred (not raised) to be aggressive (similar to retrievers retrieving etc.) and I agree wholeheartedly. What I don’t agree with is portraying them as a nanny dog or giving misinformation to the public. For this reason I believe there should be a disclaimer prior to your show reiterating that these dogs are BRED for aggression and those considering them should be properly educated prior to owing one and held accountable when their dog attacks.

Since my son was attacked I have sought information about all dogs and educated myself on animal behavior. Through this, I have learned that most dogs show warning signs before attacking, pit-bulls are the exception. Because of this I believe they should be kept out of homes with small children. Again, I 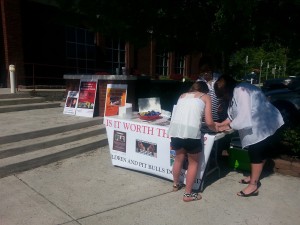 realize I cannot make choices for other people and can’t stop a parent from having a certain dog, but I wholeheartedly believe that any person who decides to have one around their child and knows the risks should be held accountable when that dog attacks without warning. These dogs should NEVER be left alone with a child, not even to go to the bathroom. Well raised family pits have been known to kill children in an instant when the parents are in the other room, or the same room for that matter.

The attack on my son was sudden and unexpected and has changed his life in so many ways. The external scars heal quickly despite the many surgeries he will undergo, but the internal damage is much more complicated and harder to treat. These attacks affect the entire family dynamic and are being overlooked and treated as though the parent is neglectful, which is not the case. The real problem is misinformation. 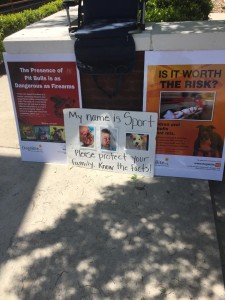 Ms. Torres, please consider speaking with some of the parents who have lost loved ones or whose child lives with the internal and external scars due to these dog attacks. Take the time to hear the parents whose children were air lifted and will undergo countless surgeries throughout their lives, those who travel hundreds of miles for skin grafting and nerve damage treatments, and especially those who wanted to pick out the prettiest head stone for their beautiful angel, but couldn’t afford it.

Together we can educate people about the truth regarding these dogs and debunk the myths associated with them for the safety of humanity. I’m fortunate to gain a wealth support from a group of hundreds of people who have been attacked by these animals, all living with internal and external scarring, as well as countless people who will grieve every moment of every day for the rest of their lives because they had to bury a family member, most of them innocent children. Please let me put you in touch with these people so we can work together. Please help us to promote the TRUTH about these dogs until it is understood by every shelter worker and rescue group in America. Together we can make this happen.

A message to Tia Torres – by Roxanne Hartrich

Print your own Daxton’s Friends fliers!