Two people have been charged. Illegal drugs and ammunition were also found in the home 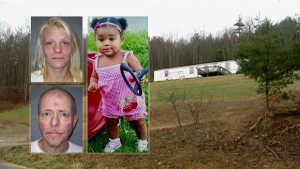 Two people have been charged with having a vicious dog after a 15-month-old child suffered life-threatening injuries after being mauled by a pit bull Wednesday night in Grayson County.

Illegal drugs and ammunition were also found in the home, according to the Grayson County Sheriff’s Office.

According to the Grayson County Sheriff’s Office, a 9-1-1 call was placed at 9:30 p.m. Wednesday on Penn Ford Road in Independence after John Underwood II and Terra Connell heard the child screaming. Underwood and Connell were babysitting the child.

The dog had the girl’s head in its mouth. Underwood was bitten in the face while trying to stop the attack.

The child was flown to Brenner Children’s Hospital in Winston-Salem, N.C., and is in critical condition.

The dog was seized by Grayson County Animal Control. An animal control officer said they did not have any information about prior bite reports on the dog, but witnesses said they noticed aggressive behavior by the dog previously. A decision on what to do with the dog is pending court action.

Underwood and Connell are being held at the New River Valley Regional Jail without bond. They are scheduled to be arraigned Monday. 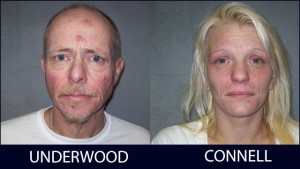 Grayson County deputies allege the duo was babysitting the girl at their home when she was mauled by their pit bull mix. The dog also held the girl’s head in its mouth, said Grayson County Sheriff Richard Vaughan.

Underwood said he was awoken by the girl’s screams, and he was bitten in the face while trying to intervene, Vaughan said. 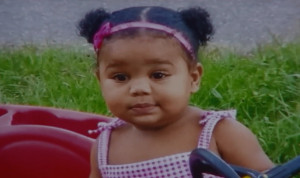 GRAYSON COUNTY (WSLS 10) – Funeral arrangements have been set for the 15-month-old who died after she was attacked by a pit bull last week.

Payton Lyrik Sawyers died from her injuries on Friday, January 8 at a hospital in North Carolina.

According to Vaughan-Guynn Funeral Home’s website, visitation will be Saturday, January 16, from noon to 2:00 p.m. at the funeral home in Galax.

The funeral service will immediately follow in the Vaughan-Guynn Chapel.

The infant died two days after a pit bull mix mauled her in a Grayson County home.

The dog belonged to John Underwood II and Terra Connell, who were babysitting Payton at the time of the attack. Underwood and Connell are now charged with second-degree murder.

The two are being held without bond in the New River Valley Regional Jail.

Payton Sawyers is the 480th American fatally attacked by a pit bull, according to Fatal Pit Bull Attacks – The Archival Record.DogsBite.org began this historical archive in 2011 and keeps it updated. Fatal attacks involving pit bulls date back as far as 1833. Payton is the 287th person killed by a pit bull since the CDC stopped collecting “breed data” for these deaths in 1998. Payton is also the 199th child killed by a pit bull since 1980, when the pit bull problem began to emerge. – DogsBite.org
UPDATE: January 9, 2016
Investigators say the 15-month-old has died of her injuries. On January 6, 2016 at about 9:30 p.m. Deputies, Rescue personnel and Animal Control responded to a 911 call at 443 Penn Ford Road in Independence. They met with the residents, John Underwood and Terra Connell. Underwood told investigators that he was awakened by the screams of a 15 month old child they were babysitting. The child had been mauled by their Pit Bull mix dog “E.J.” and had the child’s head in its mouth. Underwood was bitten in the face while trying to intervene in the attack of the child. The child was flown to Brenner Children’s Hospital in Winston-Salem, North Carolina where she remains in critical condition. – WDBJ7.com

Babysitters Charged with Murder
UPDATE 01/13/16: The Grayson County Sheriff’s Office has charged a couple with murder after their pit bull brutally attacked a child who was under their care. John Underwood II and Terra Connell have been charged with second-degree murder in connection to the death of 15-month old Payton Sawyers. The two had initially been charged with felony child neglect and possessing a vicious dog. Then Payton died of her injuries. Now the two are also facing murder charges.

The new charges come after investigator A. G. Horton interviewed witnesses who had previously observed the dog being aggressive towards other animals and humans, according to a statement on the Grayson County Sheriff’s Office Facebook page. After learning this information and consulting with the Commonwealth’s Attorney, Horton and Sheriff Richard Vaughan were advised to seek additional charges against the two, felony homicide, which is second-degree murder.

Underwood and Connell had knowledge of the dog’s vicious propensities and still did not protect the child from the dog. Murder charges ensued.

This marks the fourth case since May 2013 when prosecutors filed murder charges after a fatal dog mauling. Most recently in Detroit, Geneke Lyons was charged with murder after his pit bulls disemboweled a boy. In 2014, also in Michigan, a husband and wife were charged with murder after their cane corsos killed a jogger. In August 2014, Alex Jackson was convicted of second-degree murder in Los Angeles County, California after his pit bulls savagely killed Pamela Devitt.