Jocelyn Winfrey died at Yale-New Haven Hospital Monday morning with her mother beside her bed one week after two dogs ripped apart her body. 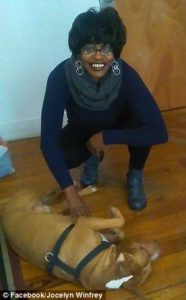 Doctors stopped life support for Winfrey, who was in a medically induced coma, according to Assistant Police Chief Anthony Campbell.

The attack on Winfrey took place last Monday evening at a home on Ella Grasso Boulevard owned by a 37-year-old Yale psychiatric intern.

Winfrey — who was 53 years old, grew up at the Church Street South housing complex, and attended Lee High School — was accompanying the man in his car. They were smoking crack, according to police.

They arrived home. The man opened the door to his house. His two dogs set upon Winfrey, ripping apart her leg, her face, and her arms. Neighborhood kids rushed over and climbed a fence to throw large rocks and a trash can to try to get the dogs away. The homeowner tried to fend off the dogs, but they bit him, too. For days the vicious attack would haunt emergency workers and police officers who saw it.

By the time an ambulance crew arrived, the main attacking dog retreated. Winfrey stopped breathing twice on the way to Yale-New Haven Hospital. Doctors operated on her for days, amputating a leg. She had lost her eyes and skin all over her body. She spent the week in a coma until the decision was made to end life support.

Doctors described the injuries as even worse than those of a Stamford woman who was attacked by a chimpanzee in 2009. 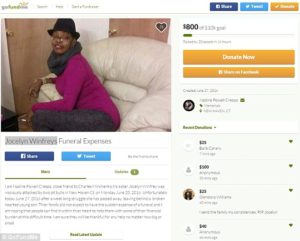 Police charged the man with misdemeanor offenses. He hired one of the city’s top criminal defense attorneys, Willie Dow. But it appears Dow won’t need to defend him against any more serious criminal charges.

Assistant Chief Campbell said that after reviewing the case with the state’s attorney’s office, police don’t see a basis for further charges.

“It’s not like the man used the dogs as weapons,” Campbell said. “It was a tragic accident.”

Police initially described the dogs as pit bulls. It turns out they are American bulldog mixes, according to city Animal Control Officer Joseph Maganiello. The dogs were licensed and were up to date on their shots, he said. The owner had bought them in Florida and then moved to New Haven with them.

NEW HAVEN, Conn. (WTNH) — What happened in the area of a home on Ella T. Grasso Boulevard more than a week ago still has the neighborhood shaken up. It was there 53-year-old Jocelyn Winfrey of New Haven came to visit a man named Hamilton Hicks. 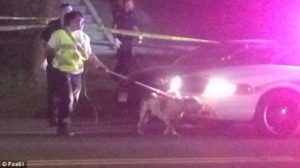 On the property Hicks’ two American Bulldog mixes brutally attacked Winfrey and Hicks. Winfrey’s injuries were so extensive she passed away on Monday. Hicks is expected to recover.

“A lot of people say they’re traumatized from seeing her (Winfrey), how her face looked,” said neighbor Lourdes Torres. “It’s really scary, I’m just glad my kids were not able to see that too.”

Officials with Animal Control tell News 8 they had never been to the home before. In fact, some neighbors, like Lourdes Torres, who lives directly across the street, say they didn’t even know Hicks had dogs.

The two dogs responsible for Winfrey’s death are currently in the possession of New Haven Animal Control.

NEW HAVEN — Police have arrested a dog owner on drug charges three days after his dogs viciously attacked a woman. 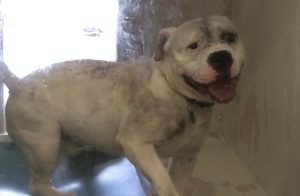 grave condition after two dogs attacked her. She’s had her leg amputated and has lost her eyes–not just her eyesight, as previously reported–and will likely have an arm amputated. It’s unclear if she will survive.

Dr. Hamilton Hicks, who works at the Yale School of Medicine, was charged with misdemeanor possession charges because he had crack cocaine, and police say they could add charges related to the dog attack, especially if Winfrey dies.

Campbell told FOX 61 this is the most gruesome attack he’s seen, and was so bad that officers who tended to her are being offered counseling

On Monday night Winfrey was attacked by Hicks’ two dogs in the yard of a home on Ella Grasso Boulevard. She was with the owner of the two American bulldog mixes when the dogs attacked, and they also turned on their owner.

Winfrey was familiar with the dogs.

The Yale medical professor whose bulldogs mauled a woman so badly that she died a week later has been charged with possession of crack cocaine, but won’t face charges related to the attack.

Jocelyn Winfrey, 53, was visiting friend Hamilton Hicks, a professor at Yale School of Medicine. at his New Haven, Connecticut home on 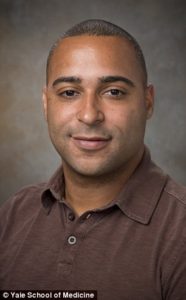 June 20 when his dogs unexpectedly attacked.

Hicks and other building residents couldn’t stop Winfrey from losing her eyes, one leg and much of her face. Cops say when they arrived, they found Hicks in possession of three bags of crack cocaine.

While she was still hospitalized, police said that if Winfrey succumbed to her wounds they would consider charging Hicks with her death.

But on Tuesday it was confirmed that the dogs were properly registered and vaccinated and there were no prior complaints against them.

And since the police didn’t believe Hicks had been negligent with regard to the attack, he would not be charged.

‘There was not an issue of animal abuse. The dogs were not roaming. From our understanding, of the circumstances, he didn’t use the dogs as a weapon,’ Assistant Chief Campbell said, according to Fox 61.

Witness Peter Pervis added: ‘Chunks of her skin were missing and everything.’

Over the course of the last week, she lost both of her eyes and had a leg amputated as doctors battled to save her life.

A GoFundMe page has been set up by a friend of the Winfrey family to help pay for funeral expenses and had raised $800 as of Tuesday morning.

It is believed Ms Winfrey leaves behind one son, aged 26-years-old.

WINFREY-BOGAN, JOCELYN Jocelyn was born Dec. 15, 1962 to Janet E. Bogan and the late Charles Winfrey. She departed this life to everlasting life on June 26, 2016. Jocelyn was fortunate to have two fathers, the late Richard O. Bogan, who raised her from the age of two. Jocelyn leaves to cherish her memory, her only son – Tywan R. Samels, loving brother, Richard O. Bogan Jr., a devoted mother, Janet (Andrew) Bogan. She was also close to brother Charles Minchenko. Jocelyn has one granddaughter, Armani Samuels, five sisters, two other brothers, her best friend, Mary Ellen White; also a host of family. A private memorial will be held at a later date.

Published in The New Haven Register on July 26, 2016– See more at: http://www.legacy.com/obituaries/nhregister/obituary.aspx?pid=180777097#sthash.ULPngYKF.dpuf

What can people like Wingate, and the other witnesses and first responders haunted by images of the attack, do at this time? What can the community do, which recoiled in shock, grief and outrage that such a horrific act could occur in their community with no repercussions? The act was an unprovoked savage attack by two pit bull-type dogs in Hicks’ private fenced-in yard. He was right beside her and could not stop his dogs in a maiming scene matched only by “Hannibal Lecter.” 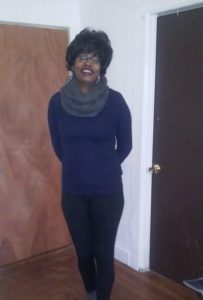 In 2013, the Connecticut legislature passed a preemption bill barring municipalities from adopting breed-specific laws, including mandatory pit bull sterilization ordinances, which is the very least city officials can do to help protect public safety (Both of Hicks’ dogs were male and at least one was unaltered.). Because the vicious attack occurred on private property, at least in this state, New Haven Police said no criminal charges applied. So, Dr. Hicks’ has no criminal culpability.

The short answer to our question of “what can be done” after Winfrey’s death is “not much.” State legislators intended this result in 2013.

We greatly admire and respect Wingate and hope that his public meeting can lead to concrete results. These results could simply be an honest discussion about bull-baiting and fighting breeds to raise awareness of the gravely disfiguring injuries they inflict. Also how pit bulls and their close relatives “repeatedly” attack their victims and often refuse to stop even after great violence is inflicted upon them. This is why traumatic injuries and eventually death ensued in this case.

Still the soul searching continues. There is no one to hold criminally responsible for this deadly attack due to completely insufficient criminal laws. There are no adequate municipal tools to prevent similar attacks either. Hicks’ can acquire two new “American bulldog-mixes” tomorrow and start this process all over again. A result state legislators also intended in 2013. At the very least, Winfrey’s family should have civil recourse because Connecticut is a solid strict liability state.

Why Do We Call Them “Pit Bull Type Dogs?” 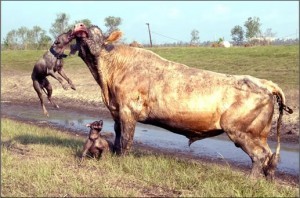