Woman found mauled to death by dog in Screven Co.

Investigators say 30-year-old Michelle Wilcox died when her boyfriend’s pit bull mauled her at his home, near Newington, while he was at 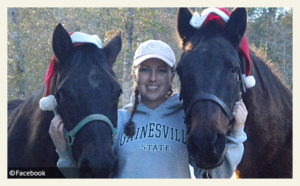 Investigators in the area are calling it one of the most tragic situations they’ve ever seen. Around 6 p.m. Monday night, they got the 911 call of a dead person at the home on Jenkins Lane.

They found a horrific scene, the woman dead from a dog attack.

“We may never know why. The dog was raised from a puppy in the house. Always inside. She came home and let it out and seemed to be doing the normal routine. The dog just attacked. Not sure we’ll ever know why,” said Screven County Sheriff Mike Kile.

Investigators say none of the dogs in the home had any known history of viciousness or aggression.

NEWINGTON, Ga. (AP) — Authorities say a Georgia woman has been killed by her boyfriend’s pit bull. 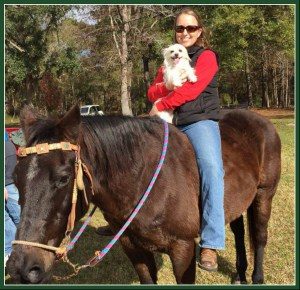 Kile says no one else was home at the time of the incident. He says the male pit pull was put down by the owner immediately following the discovery of the attack.

He says an autopsy revealed Wilcox died as a result of injuries received from the attack.

Investigators say Wilcox was familiar with the pets at that residence and had handled them safely on numerous occasions in the past. None of the dogs in the home had any known history of viciousness or aggression.

Victim was 500th fatality of molosser-breed dogs since 1982

her boyfriend’s pit bull mauled her at his home,   near Newington,”  in rural Screven County,  Georgia,  reported Dal Cannady of WTOC News.

Wilcox,  an equestrian who had studied pre-veterinary medicine at Gainesville State College and animal science at the University of Georgia,  thereby became the 500th person to be killed by a dog in the molosser or “bully” breed category since ANIMALS 24-7 editor Merritt Clifton began logging fatal and disfiguring dog attacks in the U.S. and Canada since 1982.

GEORGIA 30-year-old Michelle Wilcox was mauled to death by her boyfriend's trusted pit bull at his home, near…

No History of Aggression for Any of the Dogs?

UPDATE 08/04/16: Since news broke Tuesday about the fatal dog mauling of Michelle Wilcox, the public has been told that no dogs belonging to her boyfriend had “any known history of viciousness or aggression,” according to Screven County Sheriff’ Mike Kile’s news 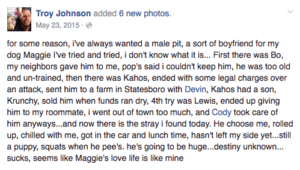 release. That information is no longer valid; one of the male pit bulls had previously attacked. We also now know the identity of the boyfriend and that he owned four adult pit bulls — two females and two males.

Devin Bannon is the boyfriend of Wilcox and clearly states so on his public Facebook page. His male pit bull Conan is still being used as his cover photo. On July 18, Bannon posted an image of his pit bulls: Muffin, Kaos, Conan and Molly. We presume Muffin is a female, so that leaves Kaos or Conan as the male fatal attacker. According to Kaos’ former owner, Troy Johnson, “Kaos, ended with some legal charges over an attack, sent him to a farm in Statesboro with Devin.”

An APBT may never show this aggression, but if it does there will be no warning and the attack will not be easy to stop. Extreme caution should always be taken when this breed interacts with children. They are fun loving dogs that have “clownish” behaviors. Despite, their many positive qualities, this breed may not be suitable for everyone. Their high energy requires a family that can accommodate and appreciate this aspect of their personality. They usually do best with active families. Many American Pit Bull Terriers get calmer as they age and an older dog may work for a more reserved family. 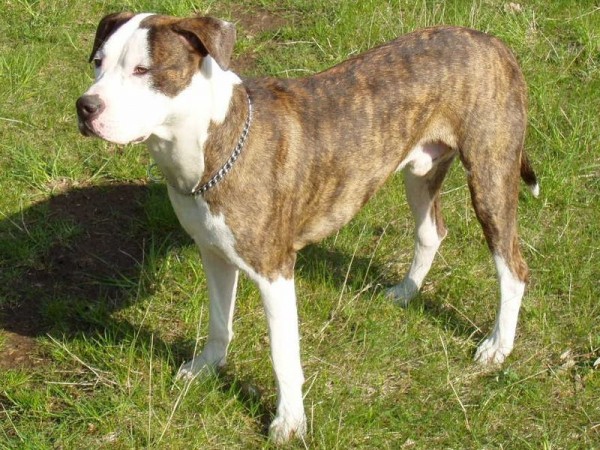