Advocate for people with disabilities killed by dog in his St. Louis County home, police say

ST. LOUIS COUNTY • A man who advocated for others in the region who have disabilities was attacked and killed by one of his own pit bulls in St. Louis County, authorities said.

St. Louis County police were called to the 2200 block of Redman Avenue near Spanish Lake about 10:30 a.m. Monday, authorities said. Police say Adonis Reddick, 45, was found dead and had bite marks on his body.

On Tuesday, authorities said “penetrating and perforating wounds to the victim’s neck” had caused his death.

Two of the man’s relatives who had not seen or heard from Reddick since Saturday went to his home to check on him and found him dead, said Vera Culley, a spokeswoman for the St. Louis County Police Department.

Two pit bulls, one of which was acting aggressively, were in the home, according to police. Authorities believe that the aggressive dog bit the victim.

Culley said investigators aren’t sure how long Reddick had been dead.

Man killed by his dog was advocate for the disabled 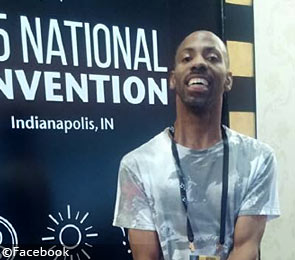 SPANISH LAKE, Mo. (AP) – A St. Louis County man killed by one of his pit bulls was an advocate for people with disabilities.

Police say 45-year-old Adonis Reddick was found dead in his home Monday night. He had bite marks on his neck. Two pit bulls were found in the home, one of them so aggressive that police had to fatally shot the animal. Authorities believe the aggressive dog bit Reddick.

Police aren’t sure how long Reddick had been dead. Relatives had not heard from him since Saturday.

Man killed by his dog was advocate for the disabled

The family of Adonis Reddick, 45, did a well-being check and found him dead. Two dogs were in the home – one was euthanized, the other taken by animal control.

Police say Reddick died from penetrating and perforating wounds to his neck.

Our previous reporting is as follows:

Police are trying to determine if a 45-year-old man found dead in his St. Louis County home was attacked and killed by one or both of his pit bulls.

St. Louis County police were called to the home near Spanish Lake about 10:30 a.m. Monday. The victim was found dead and had bite marks on his body. His name has not been released.

Relatives found two pit bulls in the home, one of them was acting aggressively. Police say the aggressive dog could not be controlled and had to be fatally shot by an officer. The other pit bull was calm and taken in for evaluation.

The cause of death has not been determined. It wasn’t clear if the man was bitten before or after he died.

Mauled to Death by a Pit Bull, Adonis Reddick Was Still Nobody’s Victim 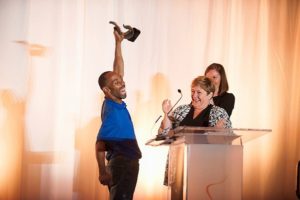 Traces of Adonis Reddick’s battles fill the house on the hill.

There’s the trophy he carried home from a national convention in 2015. Pictures of the daughter and granddaughter no one expected him to have. Fliers for organizations he built so others would learn to fight alongside him.

And, on a southern window, a darker memento of his last battle: flecks of dog blood spattered across a low-hanging shade.

The house itself — a three-bedroom, three-bathroom in Spanish Lake with a sunroom that looks out over a backyard ringed with trees — is a testament to the victories he notched against long odds.

Adonis ignored relatives who worried the home was too big and too much responsibility for a man with his physical limitations. Born with cerebral palsy, he was about five feet four inches tall and weighed maybe 115 pounds. He walked with halting, jerky steps and struggled so hard to form words, his speech was sometimes impenetrable to strangers. But he also possessed a steely will and a tactician’s wit, sharpened by sarcastic humor.

At any rate, Adonis wasn’t asking permission to buy a house. He was buying a house. He quietly negotiated the real estate deal himself and moved in six years ago, bringing with him his teenage daughter.

Upon learning of the purchase, his father, Aaron Reddick, remembers asking what Adonis needed him to do. 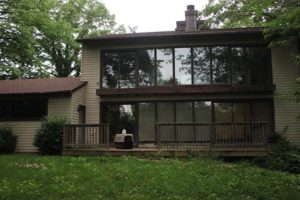 “Nothing,” Adonis told him, the word emerging slowly but full of a mischievous pride. “Dad, you taught me well.”

It was Adonis’ father and brother who found the 45-year-old dead on May 9, laid out on his tile floor after he was mauled by a pit bull he’d taken in. The death was gruesome and shocking, and the comment sections on news stories soon unwound in arguments over dangerous dogs. Adonis was seen as defenseless or foolish, rendered by his disability incapable of understanding the peril of inviting a dangerous animal into his home.

But the assumption that Adonis was a victim who didn’t know any better seemed ridiculous to those who knew him well.

“That’s what bothers me about the reaction to the dog story — like he didn’t have any sense,” says Adonis’ friend Christopher Worth. “That’s bull crap. He was a strategist.”

2016 Dog Bite Fatality: Advocate for People with Disabilities Mauled to Death by His Pit Bull in Missouri 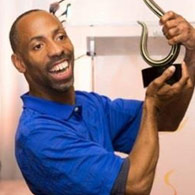 In mid-April, a state preemption bill barring local governments from enacting breed-specific ordinances passed the House chamber in Missouri. HB 1811 is sponsored by Rep. Ron Hicks, who sponsored a similar bill in 2014 that failed. After HB 1811 was assigned to the Senate Agriculture committee, it was scheduled for a hearing on April 27. Committee chairman, Sen. Brian Munzlinger, unexpectedly cancelled the hearing. The end of the legislative session is May 13.

St. Louis County has nearly 2-dozen jurisdictions with breed-specific ordinances. The passage of HB 1811 would nullify them. The location of this man’s death in Spanish Lake is not one of them.

Pit Bull Owners Killed Or Seriously Injured By Their Own Dogs

The following is a collection of news stories where pit bull owners and their immediate family members were seriously wounded or killed by their own dogs. It is common to read pit bull owners say, “it’s all how you raise them” and “it’s the owners” in comment threads after a serious or fatal attack. This blog post is an attempt to squash that theory once and for all.