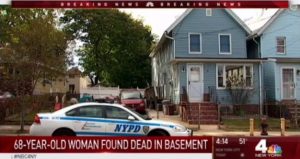 Two pet dogs apparently fed on a woman’s body to survive after she died in her Staten Island home, authorities said Tuesday.

Police and paramedics found the body of Daisie Bradshaw, 68, covered in cuts and bruises in the basement of her Mariners Harbor home at about 9:40 a.m. Tuesday, police said.

The city Medical Examiner will determine the cause of her death.

Investigators believe that after she died of natural causes, her pit bull and German shepherd mix began eating her to stay alive, police sources said. 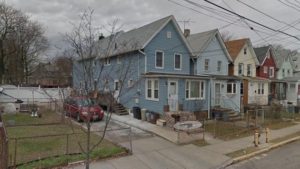 Daisie Bradshaw was found with bruises and cuts to her body in the Simonson Avenue basement at about 9:30 a.m., police said. She was declared dead on the scene.

Neighbors said there were two mixed-breed pit bull dogs belonging to the woman’s daughter inside the home.

Police said the woman had dog bite marks on her body but it’s not clear if those caused her death.

Woman may have been mauled to death by her dog

Authorities are investigating whether a Staten Island woman may have been mauled to death by one of her four dogs, police sources said.

Daisie Bradshaw, 68, was found dead in the basement of her Simonson Avenue home in Mariner’s Harbor with bite marks, cuts and bruises all over her body on Tuesday.

The woman’s daughter made the discovery when she walked into the home at around 9:40 a.m. and found her mom’s chewed body.

My Mom Caused Her Own Mauling Death by Scaring My Dogs, Daughter Says

“She shouldn’t have been there,” Schoentube, 47, who had been living in the basement apartment at the time, said at a trial at the Office of Administrative Trials and Hearings in Lower Manhattan on Friday. “Yes, she was my mother, but she was an intruder in my apartment.” 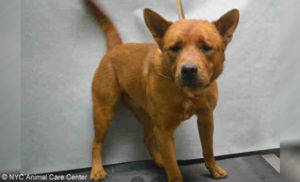 Her husband, Ray Schoentube Jr., who represented her at the trial, speculated in his closing arguments that Bradshaw may have had an epileptic seizure that confused the dogs and prompted them to attack — despite the fact Bradhsaw had never had a seizure before.

“She provoked the dogs and contributed to this dangerous incident,” the husband said. “[By] going downstairs into the dogs’ territory, they saw her as an attacker. They were not used to seeing her down there.”

The fatal attack happened last fall after Dawn Schoentube moved back to Staten Island from Florida and was staying in the basement studio in her mother’s Simonson Avenue home with the two dogs, which Dawn had raised since birth.

The dogs were described as various mixed breeds in media reports, but the NYC Animal Care Center lists them as pit bull-mixes (“MALE,

The two dogs, both male and neutered, came into the city’s shelter facility on October 25 and continue to be on hold “for legal reasons,” according to the website’s listing. Panda came in with a “moderate amount of dried blood around neck.” Radiographs were done on both dogs, but “no foreign material (bone fragments)” were found in their digestive systems. It is unclear what will become of the dogs now that the medical examiner’s office has determined the cause of death.

The ‘bull and terrier’ type was originally developed in England in the early 19th century. The lineage goes back to the mastiff / molosser types,

including what we now call the Olde English Bulldogge, that were used for bear-, bull- and horse-baiting from the 12ththrough the 18th century. This isn’t the bear-baiting we think of today, when hunters feed bears in order to bring them out in the open to shoot them. Rather, the bear, bull or horse was confined in a public arena where the mastiff ‘bulldogs’ would slowly tear them apart alive for the public’s amusement1,2,3,4,5.

“John Paul Scott and John L. Fuller carried out a series of selective breeding experiments at the Jackson Laboratories in Bar Harbor, Maine. 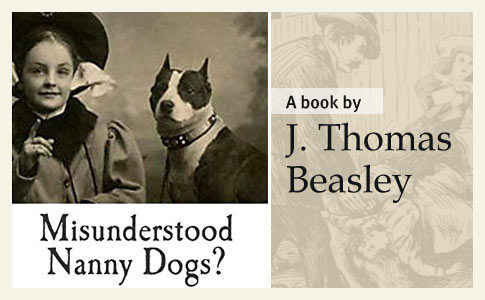 By happy chance, their results revealed a simple rule that seems to work. Their general conclusion was that a mixed breed dog is most likely to act like the breed that it most looks like.